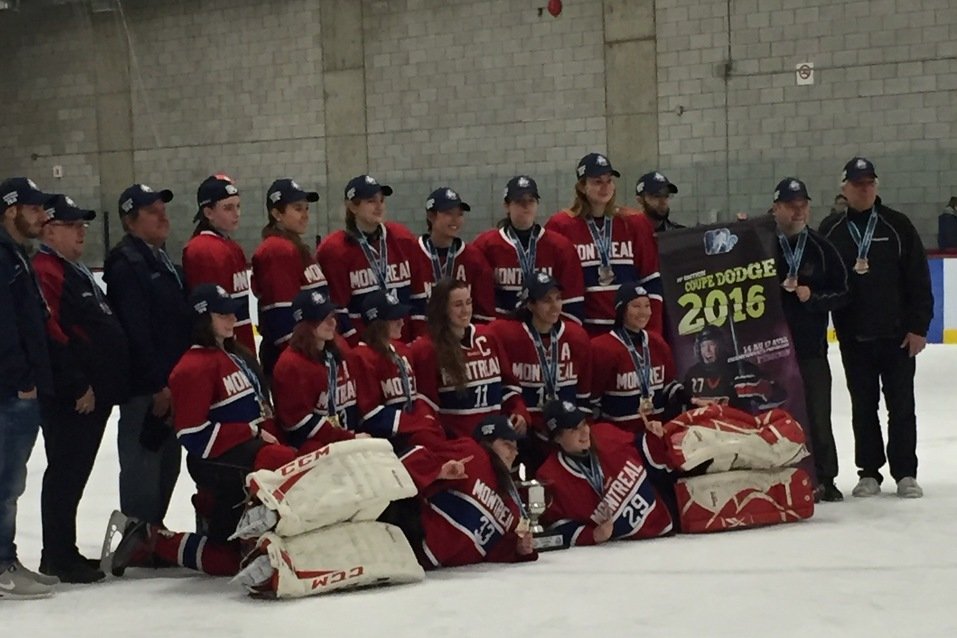 During the first period, puck possession kept shifting as both teams fought hard to get the first goal of the game and get in the lead. Montreal got their best chance with 5 minutes left in the game, but unfortunately the Lac St-Louis goalie, Léa Bédard-Beaulieu, made a great save and kept the score 0-0. With 7.1 seconds left in the period, Montreal player #8, Rosalie Poirier, got called for roughing and took the first penalty of the game.

The Phoenix girls continued to try and tie up the game, but the Canadiennes kept denying them the chance to catch up. The Montreal head coach, Robert Lamarre told his girls on the bench to keep going, not to give up and not to panic at the pressure the Lac St-Louis girls were putting on them.

At the start of the third period, the Canadiennes increased their lead, making it 2-0 when #14, Kym Fuoco-Chalifoux, sent a pass to #7, Clemence Preville, who was able to slip the puck past Bédard-Beaulieu.

With 12:34 left in the third period Lac St-Louis player, Emilie Caron was able to get one past Carpentier making the score 2-1. However, the Canadiennes weren’t letting up and got the final goal of the game, with an empty netter by Preville with 19 seconds left in the game.

With a final score of 3-1 the Montreal Canadiennes became the 2016 provincial champions and won the Dodge Cup.

“It feels amazing, I have no words to describe how great it feels [to have won],” said Canadiennes captain Camille Vigneault.

Lamrre summed up the teams win by saying that it was a dream and that he couldn’t have asked for a better season than this.